Model misspecification happens when the set of probability distributions considered by the statistician does not include the distribution that generated the observed data.

Let us illustrate the definition with some examples.

Example The data consists of height measurements for individuals drawn at random from a population. Formally, the measurements can be seen as the realizations of random variables

Example In the previous example, there could be some form of dependence among the draws

. If the statistician assumes that the draws are statistically independent, then she is putting another restriction on their joint distribution. In other words, she is adding an assumption to the statistical model.

Example The statistician measures the weights

of the same individuals. Then, she analyzes the relationship between height and weight by using the regression equation 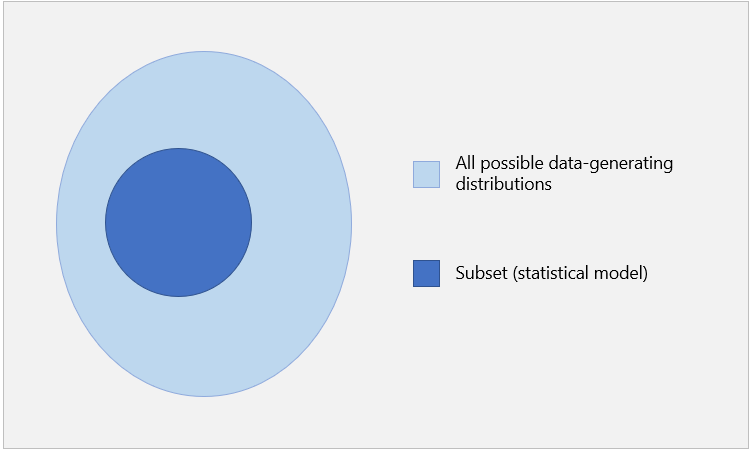 Thus, a model is a set of probability distributions. If the data-generating distribution does not belong to the set, then the model is misspecified.

As we build a model by making assumptions, a model is misspecified when at least one of our assumptions is wrong.

Example The individuals in the previous examples belong to two ethnic groups characterized by different genetic traits. In particular, there is a marked difference between the average heights of the members of the two groups. The true data-generating distribution is bimodal and does not belong to the set of normal distributions. Hence, the previous model is misspecified. 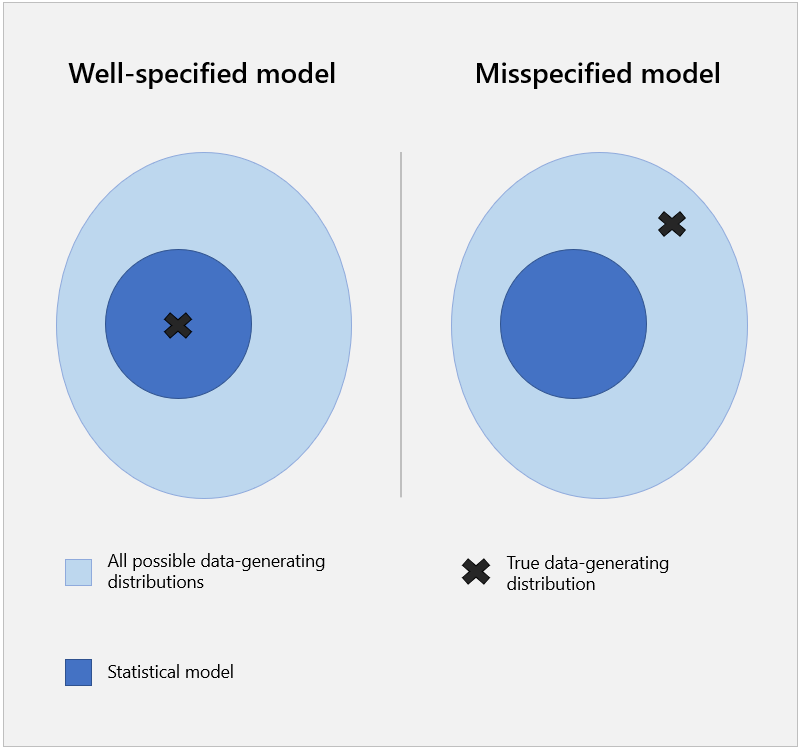 The assumptions that form the statistical model are used to derive the properties of the estimators of the model parameters and the distribution of any test statistic used to conduct hypothesis tests about the data-generating distribution.

As a consequence, in a misspecified model, the behavior of estimators and test statistics may be different from the one that we would expect on the basis of the assumptions. 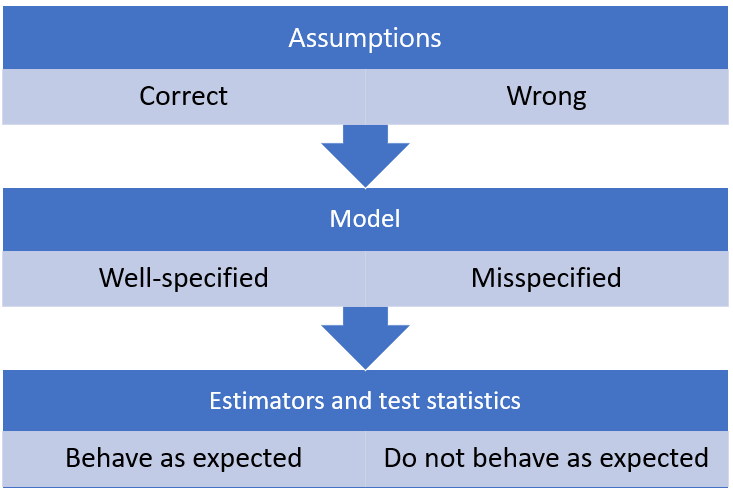 Sadly, there is a lot of confusion about misspecification.

In particular, you will find many sources that do not provide a formal definition of misspecification and provide lists of examples. These often include some problems that may affect regression models such as:

While some of these problems may in certain cases be related to misspecification, their presence does not necessarily imply that the model is misspecified. Let us see why.

When we write a regression equation of the form

we are not placing any restriction on the joint distribution of and .

In other words, we are not making any assumption. We are just defining a new variable as

At this stage, is not even well-defined, because the coefficients and are left unspecified.

When we write the regression equation and we define the error term, we select the variables to include in the equation.

In the above equation we have included only one regressor (), but we could have made different choices.

For example, we could have included a second variable :

where is another regression coefficient.

The inclusion/exclusion of a variable is not per se a cause of misspecification because:

Assumptions about the error term

In a second stage, we make some assumptions about the error term .

The assumptions in point 1 are called identification assumptions because they are needed to uniquely identify the regression coefficients and .

Usually, the identification assumptions are:

Mathematically, these two assumptions are equivalent to saying that the true regression coefficients are the coefficients of the orthogonal projection of the dependent variable on the regressors (e.g., Kachapova and Kachapov 2010).

Thanks to the identification assumptions, the regression model is well-defined. But the identification assumptions do not place any restriction on the joint distribution of the variables. They simply allow us to provide a precise mathematical definition of the regression coefficients, which would otherwise be undefined objects.

It follows from these considerations that also the identification assumptions cannot be a cause of misspecification.

Assumptions that can cause misspecification

Any other assumptions (beyond those made in the selection of regressors and those needed for identification) can cause misspecification.

Some commonly made ones are:

These are true restrictions on the data-generating distribution. If the latter does not satisfy these restrictions, then the regression model is misspecified.

As we said above, several important problems are often incorrectly considered misspecification problems.

When these problems are present, there may exist a better regression model than the one we have chosen. For example, a different model may be more interpretable, easier to estimate precisely, or it may produce better forecasts.

But the fact that we can improve our model in some respect does not mean that our model is misspecified. In other words, all of the assumptions we have made may still be satisfied by the data-generating distribution.

Spanos (2011) provides one of the most articulated discussions about this point, where he clearly distinguishes between:

While the presentation above should be consistent with modern and rigorous treatments of statistical models and linear regressions, many authors continue to include problems such as the omitted variable bias under the misspecification umbrella.

If you are a student and you need to take a test that may include questions about misspecification, check what definition of misspecification is used by your instructor or by the institution that administers your exams. 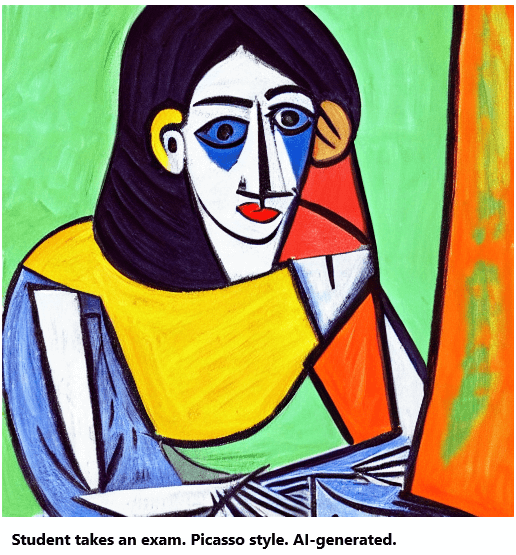