Multicollinearity is a problem that affects linear regression models in which one or more of the regressors are highly correlated with linear combinations of other regressors.

When this happens, the OLS estimator of the regression coefficients tends to be very imprecise, that is, it has high variance, even if the sample size is large. 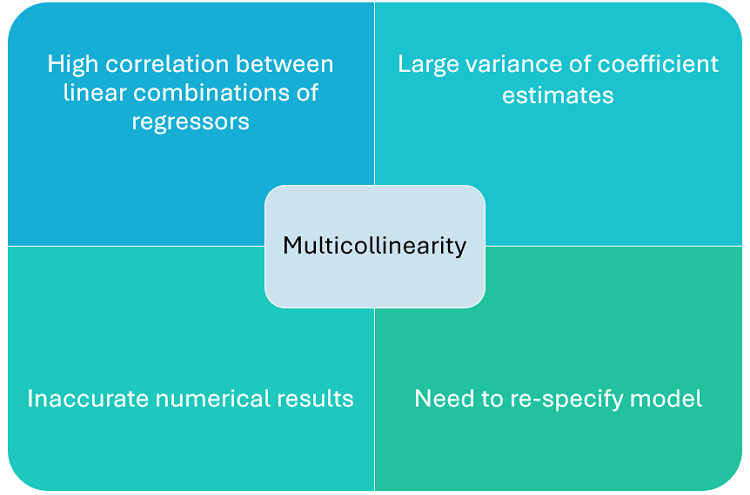 Before speaking about multicollinearity, let us introduce the notation we are going to use:

The regression equation in matrix form is

The OLS estimator is the solution to the minimization problem

When has full rank, the solution is

Variance of the OLS estimator

Under certain conditions, the covariance matrix of the OLS estimator is

where is the variance of for .

In particular, this formula for the covariance matrix holds exactly in the normal linear regression model and asymptotically under the conditions stated in the lecture on the properties of the OLS estimator.

The most extreme case is that of perfect multicollinearity, in which at least one regressor can be expressed as a linear combination of other regressors.

In this case, one of the columns of can be written as a linear combination of the other columns.

As a consequence, is not full-rank and, by some elementary results on matrix products and ranks, the rank of the product is less than , so that is not invertible. Thus, the formula for the OLS estimator cannot even be computed.

Roughly speaking, trying to invert a rank deficient matrix is like trying to compute the reciprocal of zero.

In the case of perfect multicollinearity, we try to compute the variances in equation (1), and we incur into a division-by-zero problem: we divide by zero and, as a consequence, the variances of the regression coefficients (the diagonal elements of ) go to infinity. 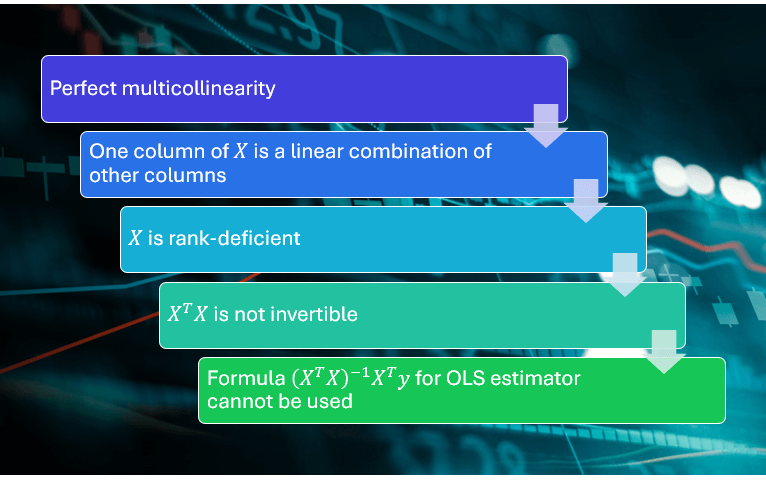 In such a case the design matrix is full-rank, but it is not very far from being rank-deficient.

Continuing with the division-by-zero analogy above, when multicollinearity is not perfect, we are dividing in equation (1) by a number that is very small, so that the variances of the regression coefficients are very large.

The degree of multicollinearity is usually measured separately for each regressor (), by comparing two quantities:

The VIF measures by how much the linear correlation of a given regressor with the other regressors increases the variance of its coefficient estimate with respect to the baseline case of no correlation.

If the regressor being examined is highly correlated with a linear combination of the other regressors, then is close to 1 and the variance inflation factor is large.

In the limit, when tends to 1, that is, in the case of perfect multicollinearity examined above, tends to infinity.

Although no rule of thumb is perfect (see O'Brien 2007), values of the VIF above 10 (i.e., ) are often considered an indication that it might be worthwhile to adopt a remedy to reduce multicollinearity (see below).

For more details, see the lecture on the VIF. 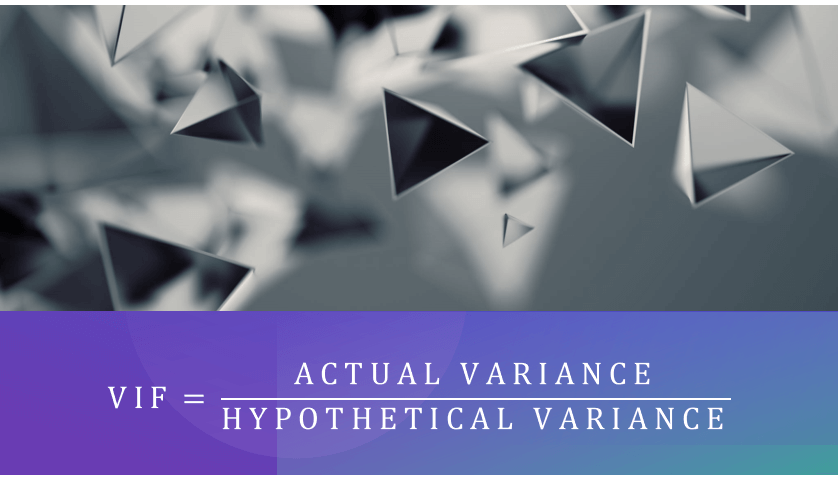 There is an important and often overlooked issue about multicollinearity: when is close to being singular, the result of calculating the inverseon a computer can be severely biased by numerical error.

This is very important: even if we are comfortable with a high VIF and we are willing to tolerate the fact that the linear correlation among the regressors is inflating the variance of our OLS estimates, we should nonetheless check that multicollinearity is not a potential source of large numerical errors.

In the next section we show how to do this check.

The condition number is the statistic most commonly used to check whether the inversion of may cause numerical problems.

Here we provide an intuitive introduction to the concept of condition number, but see Brandimarte (2007) for a formal but easy-to-understand introduction.

Since computers perform finite-precision arithmetic, they introduce round-off errors in the computation of products and additions such as those in the matrix product .

In turn, these round-off errors are amplified (or dampened) when we multiply by the inverse . By how much are the errors amplified?

The condition number of tells us by how much they are amplified in the worst possible case.

For example, if the condition number equals 100, then there are cases in which the round-off error in the computation of is amplified 100-fold when multiplying it by .

While there are no precise rules, some authors (e.g., Greene 2000) suggest that multicollinearity is likely to cause numerical problems if the condition number of is greater than 20. 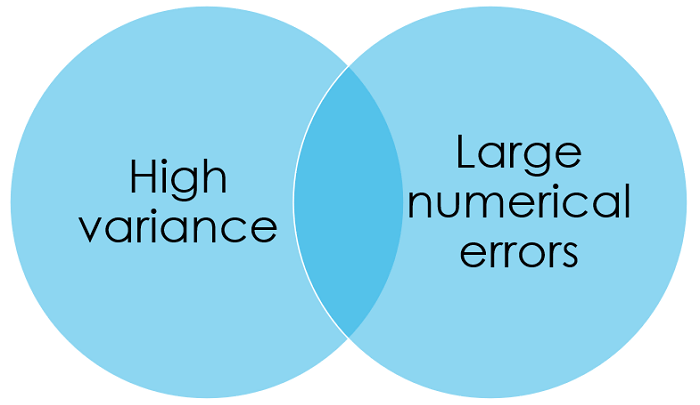 What do we do to deal with multicollinearity?

In the case of perfect multicollinearity, at least one regressor is a linear combination of the other regressors. In other words, it is redundant and it does not add any information.

Then, the remedy is to simply drop it from the regression.

When multicollinearity is not perfect, the following remedies may be considered: