It is a multivariate generalization of the probability density function (pdf), which describes the distribution of a single continuous variable. 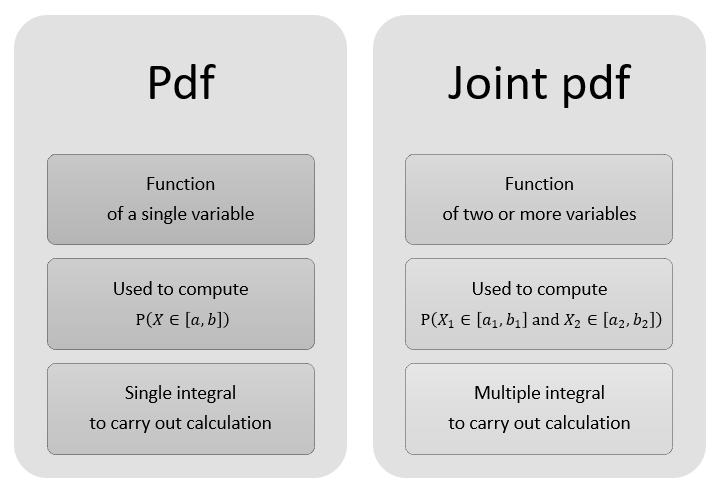 The generalization works as follows:

Do not worry if you do not know how to compute multiple integrals. We will explain them below!

The following is a formal definition.

Definition Let be a continuous random vector formed by the random variables . The joint probability density function of is a function such that

for any choice of the intervals

is the probability that the following conditions are simultaneously satisfied:

The notation means that the multiple integral is computed along all the coordinates (see below for more details).

We often denote the joint pdf bywhich is equivalent to where are the entries of the vector .

How to work out the multiple integral

Multiple integrals are relatively easy to work out.

The integral is computed in two steps:

If there are more than two integrals, the procedure is similar: we work out the integrals one by one, starting from the innermost one.

Here are some examples.

In other words, the joint pdf is equal to if both entries of the vector belong to the interval and it is equal to otherwise.

Suppose that we need to compute the probability that both entries will be less than or equal to .

This probability can be computed as a double integral: 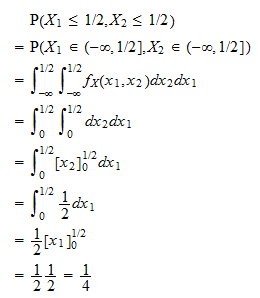 This can be accomplished as follows: 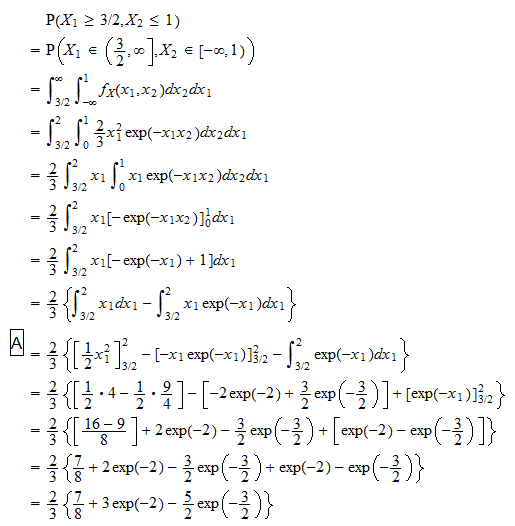 where in step we have performed an integration by parts.

One of the entries of a continuous random vector, when considered in isolation, can be described by its probability density function, which is called marginal density.

Joint probability density functions are discussed in more detail in the lecture on Random vectors.